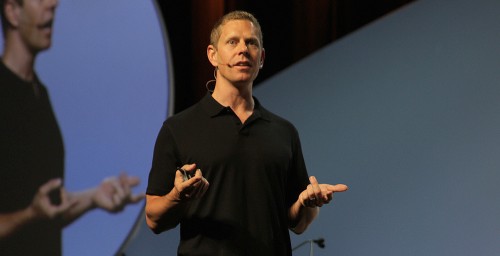 Sky Christopherson is something of an anomaly—and a “Wunderkind,” according to The New York Times. He doesn’t come from the healthcare world, but he’s using what he learned from healthcare practitioners to change sports. An athlete on the U.S. Cycling Team and a member of “Project 96” prior to the Atlanta Olympics, Christopherson retired after the 2000 Sydney Olympics, frustrated with the doping culture of sport that would eventually cost Lance Armstrong his Tour de France titles and disqualify the US men’s cycling team from the 2012 Olympics.

That’s not the odd part: having spent a good part of his life in training to stay in top physical condition, with all of the possible opportunities for overexertion or serious injury, who would have thought that it would be starting a technology company that would land him in the hospital?

Get lemons, make lemonade, and Christopherson will be making a rare appearance in NY where he will be speaking at the Digital Health Conference, discussing how he got his health back through technology—and went on to break a world’s record.