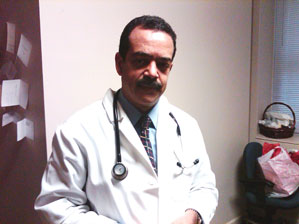 With over 300 providers across 25 sites, Lutheran’s director of EHR implementation, Gerardo Valdrez, knew universal EHR adoption would be a challenge. His nursing background helped him see the project from a clinical point of view, and he quickly realized that Lutheran physicians needed customized training on the EMR in order to fully integrate computer documentation into daily practice.

The training model presented by the vendor involved four days of classroom training time, but Mr. Valdrez believed they would benefit from shortened class time and more on-site, point-of-care coaching. Usually EHR vendors hesitate to abandon their time-tested training methods, but Lutheran had additional support from PCIP. With the help of PCIP experts and the support of Lutheran’s senior management, a modified training curriculum and strategy was implemented.

The provider response was overwhelmingly positive. One doctor in particular was not tech-savvy at the start, but the amount of senior support and tailored training convinced him of the benefits of using an EHR. In fact, he came to extra training sessions beyond what was required. “There was a lot of anxiety as we began with the process, but quitting was not even an option either, as other institutions are going live on EHRs,” Mr. Valdrez recalls. With the appropriate amount of training to start and ongoing “just in time” training sessions provided, the Lutheran providers and staff continue to master the multi-faceted functionalities of the EHR.

As Lutheran continues to sponsor site visits from other institutions who want to go live with an EMR, Mr. Valdrez emphasizes implementers should “not fear the learning curve and the many changes that come with EHR adoption, instead expect to be pleasantly surprised.”