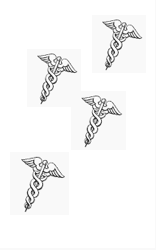 There’s a quiet revolution going on in New York State. While the national debate continues about Obamacare and how to reduce healthcare expenditures, New York has already taken action. Thanks to a significant investment in technology and operational capacity, New York State is building a digital network of electronic medical records that will literally transform how patient care is provided and deliver major cost savings. It’s called the Statewide Health Information Network of New York, or SHIN-NY, and it puts New York State far out ahead of all other states when it comes to Health IT.

In a tech-savvy world, consumers want healthcare to be as easy to manage as banking, shopping and all their other utilities. They want to be involved and proactive about their own health. In fact, a recent survey indicated that 41% of consumers said they would switch doctors if theirs did not use electronic medical records. Now, the SHIN-NY will give patients safe and secure access to all of their records, eliminating the hassle of faxing medical records between providers, remembering their health histories and keeping track of prescriptions.

Physicians and healthcare providers will be able to make better, more informed medical decisions for their patients. They will be able to reduce medical errors, avoid potentially harmful drug interactions and avoid duplicative or unnecessary lab and radiology tests that can add excessive cost to patients and insurance providers. Importantly, it will allow doctors to collaborate so they can coordinate care for patients that have more than one condition and see multiple physicians.

Nowhere will this be more important than in the Medicare and Medicaid population.

Based on a statewide network that connects eleven Regional Health Information Organizations (RHIOs), the SHIN-NY will be operated as a public utility so that patients and providers can access their records no matter where they are in the state. In addition to improving patient care, the SHIN-NY has numerous other uses and benefits. It will be a critical tool in emergency management during a disaster such as Hurricane Sandy, allowing for better victim tracking and access to records. It will also improve New York’s public health surveillance and public health communication that can be vital during an outbreak.

Use of the SHIN-NY has already delivered tangible cost savings. In Rochester, a doctor’s use of the network in the ER resulted in 30% fewer admissions. This could translate to $52 million in savings across the state. Similarly, use of the network by a physician’s office resulted in 57% fewer readmissions within 30 days of a patient being discharged from a hospital. This could translate to $46 million in savings.

The SHIN-NY has also spurred economic growth and development of Health IT—one of the fastest growing tech sectors. The New York Digital Health Accelerator (NYDHA), a project supported by The Partnership Fund for New York City and the New York eHealth Collaborative, attracted venture capital to sponsor incubator start-up companies. These software developers are building apps to customize use of the SHIN-NY and make it more accessible and relevant to the public. This project, alone, is estimated to create 1500 new jobs in New York City over the next five years.

The SHIN-NY is rapidly becoming a model for other states in how deliver better healthcare. But ultimately, the SHIN-NY depends on maximum participation of patients and providers. A majority of the New York State’s hospitals are already connected, but we need many more patients, physicians and healthcare providers to participate. The more information in the network, the more valuable it becomes. Our goal is to achieve 75% of all providers within the next three years. Thanks to the support of the New York State Department of Health and healthcare stakeholders across New York State, we are on well on our way to getting there.

David Whitlinger will discuss the SHIN-NY and the building of New York’s connected ecosystem at the November 14-15 Digital Health Conference in New York City.