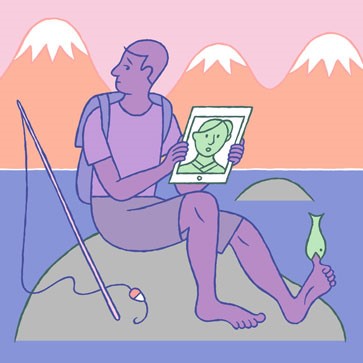 End to end, the travel and waiting time for a doctor’s appointment can take several hours—often disrupting work or school. Only 17 percent of it—20 minutes, on average—is spent actually seeing the doctor, according to a study by the University of Pittsburgh physician Kristin Ray and colleagues at the Harvard Medical School and the RAND Corporation.

In a year, Americans spend 2.4 billion hours making doctor visits. Valued at average wage rates, that’s worth more than $52 billion—equivalent to the total working time and income of 1.2 million people. On average, we pay $32 when visiting a doctor (our insurers pay nearly $250). But separately, the value of our time adds up to more, $43, according to Dr. Ray’s study.

For certain kinds of healthcare, there is a better way. Long after electronic communication and technology have revolutionized other services (like preparing taxes, booking travel and banking), emails, phone calls, video chats and other telemedicine applications are gradually supplementing or replacing some types of office visits.